This bundle makes it easy to programmatically deploy changes to eZPlatform / eZPublish 5 database structure and contents.

It is inspired by the DoctrineMigrationsBundle

You can think of it as the grandson of the legacy ezxmlinstaller extension.

In either require or require-dev at the end of the bundle list in the composer.json file add:

Save it and run

This will install the bundle and all its dependencies.

Please make sure that you have the bundle registered in the kernel as well. Check app/appKernel.php (for eZPublish ezpublish/EzPublishKernel.php)

The registerBundles method should look similar to:

Checking that the bundle is installed correctly

If you run php bin/console (for eZPublish php ezpublish/console) you should see the following new commands in the list:

This indicates that the bundle has been installed and registered correctly.

Note: the command kaliop:migration:update is kept around for compatibility, and will be removed in future versions.

To get the latest version, you can update the bundle to the latest available version by using composer

Upgrading from version 4.x to version 5

Upgrading from version 3.x to version 4

Upgrading from version 2.x to version 3

Upgrading from version 1.x to version 2

All commands accept the standard Symfony/eZPublish 5 options, although some of them might not have any effect on the command's execution.

The bundle provides a command to easily generate a new blank migration definition file, stored in a specific bundle.

The above command will place a new yml skeleton file in the MigrationVersions directory of the MyProjectBundle bundle.

If the directory does not exists then the command will create it for you, as long as the bundle does exist and is registered. If the command is successful it will create a new yml file named with the following pattern: YYYYMMDDHHMMSS_placeholder.yml. You are encouraged to rename the file and change the placeholder part to something more meaningful, but please keep the timestamp part and underscore, as well as the extension.

Listing all migrations and their status

To see all the migrations definitions available in the system and whether they have been applied or not simply run the status command in your eZPublish 5 root directory:

The list of migrations which have been already applied is stored in the database, in a table named kaliop_migrations. The bundle will automatically create the table if needed. In case you need to use a different name for that table, you can change the Symfony parameter ez_migration_bundle.table_name.

To apply all available migrations run the migrate command in your eZPublish 5 root directory:

NB: if you just executed the above command and got an error message because the migration definition file that you had just generated is invalid, do not worry - that is by design. Head on to the next paragraph...

NB: migrations execute by the default as the admin user with ID 14. Without this user account in the database, you must specify the use of another admin accoungt by passing the -a flag.

To apply a single migration run the migrate command passing it the path to its definition, as follows:

NB: you can specify as well a folder with the --path flag, in which case all the migration definitions contained in that folder will be executed.

So far so good, but what kind of actions can be actually done using a migration?

Each migration definition consists of a series of steps, where each step defines an action.

A simple example of a migration to create a 'folder' content is:

In a Yaml migration, you can define the following types of actions:

For more specific needs, you can also use 2 other types of migrations:

This will create the following file, which you are free to edit:

NB if you rename the sql file, keep in mind that the type of database to which it is supposed to apply is the part of the filename between the first and second underscore characters. If you later try to execute that migration on an eZPublish installation running on, say, PostgreSQL, the migration will fail. You are of course free to create a specific SQL migration for a different database type.

The Migration bundle itself imposes no limitations on the type of databases supported, but as it is based on the Doctrine DBAL, it will only work on the databases that Doctrine supports.

NB if the SQL command (or commands) in your migration is too long, the migration might fail or be only partially applied, in some cases (such as when using MySQL) without even reporting an error. If you need to execute multiple, long queries, you are better off splitting them, either in many .sql migrations, or in a single .yml migration with sql steps.

This will create the following file, which you are free to edit:

As you can see in the generated definition, the php class to be used for a migration needs to implement a specific interface. The Symfony DIC container is passed to the migration class so that it can access from it all the services, parameters and other thing that it needs.

For a more detailed example of a migration definition done in PHP, look in the MigrationVersions folder of this very bundle.

NB if you rename the php file, keep in mind that the filename and the name of the class it contains are tied - the standard autoloading mechanism of the application does not apply when loading the migration definition. This is also the reason why the php classes used as migrations should not use namespaces.

NB since version 4.5, it is also possible to run any method of any existing Symfony service just by declaring it as migration step in a yaml migration. See the relevant DSL for details.

The easiest way to re-execute a migration in 'failed' status, is to remove it from the migrations table:

Usage of transactions / rolling back changes

By default the bundle runs each migration in a database transaction. This means that if a step fails, all of the previous steps get rolled back, and the database is left in its original state. This is a safety feature built in by design;

Note also that by default the migrate command stops on the 1st failed migration, but it can be executed with a flag to allow it to continue and execute all available migrations even in case of failures.

As for rolling back changes: given the nature of the eZPublish API, rolling back changes to Content is not an easy feat. As such, the bundle does not provide built-in support for rolling back the database to the version it had before applying a given migration. We recommend always taking a database snapshot before applying migrations, and use it in case you need to roll back your changes. Another approach consists in writing a separate migration to undo the changes.

An easy way to hook up custom logic to the execution of migrations - without having to implement your own customized action executors - is to use Event Listeners.

Two events are fired for each step during execution of migrations:

An event is fired only in case a migration fails because a step throws a specific migration abort exception:

In order to act on those events, you will need to declare tagged services, such as for ex:

and the corresponding php class:

How can I update a specific content which has a different Id on dev, test and prod environments?

A: use the 'reference/set' migration step to define a reference for the desired content Id, and use a Symfony parameter to store a different value for each Symfony environment. For example:

How to update an existing Role to change its policies?

When using a migration to update a Role, you must define ALL its policies. Any not defined will be removed. The safest and simplest way to make sure that you do not forget any of the existing policies is to first generate a update migration that has the complete specification of the role as it currently is defined, and then edit manually.

Example command to create such a migration:

When dumping a Content into a yml migration via the generate command, the list of attributes is empty

A: this is most likely due to using a bad language configuration

The bundle has been designed to be easily extended in many ways, such as:

Following Symfony best practices, for the first 4 options in the list above all you need to do is to create a service and give it an appropriate tag (the class implementing service should of course implement an appropriate interface).

To find out the names of the tags that you need to implement, as well as for all the other services which you can override, take a look at the services.yml file.

To run the tests:

NB the tests do not mock interaction with the database, but create/modify/delete many types of data in it. As such, there are good chances that running tests will leave stale/broken data. It is recommended to run the tests suite using a dedicated eZPublish installation or at least dedicated database.

Setting up a dedicated test environment for the bundle

A safer choice to run the tests of the bundle is to set up a dedicated environment, as done when the test suite is run on Travis. The advantages are multiple: one one hand you can start with any version of eZPublish you want; on the other you will be more confident that the tests wll still pass on Travis. The disadvantages are that you will need to spend some time setting up the test environment, and that the environment you will use will look quite unlike a standard eZPublish setup!

Steps to set up a dedicated test environment: 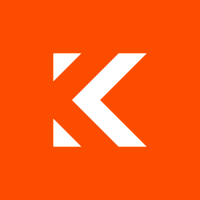